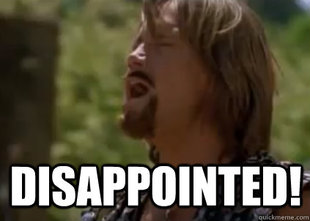 I don't usually rant on this blog, but I'm afraid this may turn into one.

Let me repeat that: FOURTEEN POINT SEVEN TIMES. That's ridiculous! Worse than Brighton, worse than Cambridge, worse even than London.

This astonishingly expensive cost of housing is the major cause of hardship and poverty in our city and a serious drag of what should be a thriving local economy.

Ask just about any politician, local or national, and they will agree that Oxford has a major housing crisis that needs tackling with new homes for people to live in.

It really is that simple. Housing is causing so much pain in our communities that we simply can't let the housing shortage continue to grow. Thousands of new homes must be built.

But for politicians, it isn't that simple. Between them they manage to stifle new housing whenever they can.

Housing can't be built where it can be seen by grazing animals.

Housing can't be built where dogs used to run around in circles.

Housing can't be built on fields arbitrarily assigned the sacred status of 'green belt', and not even on fields inside it.

Housing can't be built where a business potentially might move to one day.

Of course, each politician will only ever pick a few of these reasons to oppose new homes, which means they support new housing somewhere else, but that location is where another politician opposes new homes. They each point to one another when the housing we need doesn't get built.

The result is mess we're in today: Just 24 social homes get built while the waiting list is 6,000. Landlords extorting the majority of the average take home pay from their unwilling 'customers'. Tenants accused of destroying communities while they have no other choice. Children without the space they need to work, play, thrive. No suitable accommodation for families to be sheltered in an emergency.

Things have got to change. Politicians must be held to account for their failure to deliver the homes we need. A whole generation feels ripped off and let down. We're angry and we're getting organised.

We've been promised that Oxford will get 7,000 more houses by 2026. Sites have been found for just 2,000 of them. Hard-pressed households need these homes and there must be a political price if they let us down.

Good rant, but you forgot my favourite place where housing can't be built: the obviously-essential golf course in East Oxford. Seriously, why do we need a golf course within the ringroad? What is a green belt for, if not amenities such as golf courses?

Add to the list: anywhere near a GP's surgery, because to do so would "increase pressure on local services".